Which hat today? Robbie’s multi-tasking on A Spoonful of Sherman

A Spoonful of Sherman, which premiered in 2014, returns to the London stage in August with Robbie Sherman reprising his role as the narrator. In the latest in a series of show blogs, Robbie Sherman discusses the many hats that he wears on the production.

With A Spoonful of Sherman, I wear a lot of hats. I’m the co-conceiver (with the show’s original musical director Colin Billing) as well as the writer, producer and narrator of the show. I’m also the composer and lyricist of a few of the songs as well.  Oh, and I’ll be singing a song or two too.

I enjoy singing onstage but I’m not a great singer, that said, I’m not a bad one either. What’s much more nerve wracking – and probably the most challenging for me of all my jobs on Spoonful - is delivering the narration. Learning words without the framework of music as a support feels like a very naked experience.  It uses a completely different part of your brain. It’s daunting to be up there onstage alongside professional performers too.

Last time, I read the narration from the script, but this time I’m making a concerted effort to be off-book. I’ve been working hard on learning all my lines. I want to be at home in my own skin onstage. I mean, after all, it’s my story, and the story of my family, so why shouldn’t I be?

I’m not a professional performer, but I felt it was important to act as the narrator for the reason I mentioned – it is my story and to have me telling it really personalises it for the audience. Ultimately, A Spoonful of Sherman is a cabaret of Sherman music. But I believe the reason it’s succeeded where other Sherman shows haven’t is for this reason: it’s not just a songfest, it is personal. And it shares intimate details about my father’s life – including some of his experiences in World War Two and behind the scenes with Walt Disney – with the songs accenting the emotion of those experiences. So, without becoming a “dramatic work”, this is still cabaret after all, the show nevertheless still has the potential to be quite dramatic nonetheless.

It’s really interesting for me to return to A Spoonful of Sherman after a few years, and now five years since my father’s death in 2012. Each new project in which I’ve been involved since his death, feels like it’s part of a larger progression.  Each show and each experience seems to be preparing me for the next – each show, each project stems out, like a branch on a tree, from the one that came before.

So Moose, my first big project after Dad’s death, led to Spoonful. Taking my inspiration from that first run, and my experience as the slightly awkward and lumbering emcee surrounded onstage by beautiful performers, I created the character of “Armitage”, a dinosaur that runs a vaudeville revue in my show Love Birds, which we then premiered at the Edinburgh Festival in 2015. From that Edinburgh run arose interest in bringing Bumblescratch back to the stage, on the encouragement of the Lost Theatre, where we held our London previews for Love Birds. And last year’s West End concert of Bumblescratch re-ignited interest in A Spoonful of Sherman. So it’s kind of like we’re coming full circle.

A Spoonful of Sherman runs 7-20 August 2017 at London’s Live at Zedel. Click here for tickets. 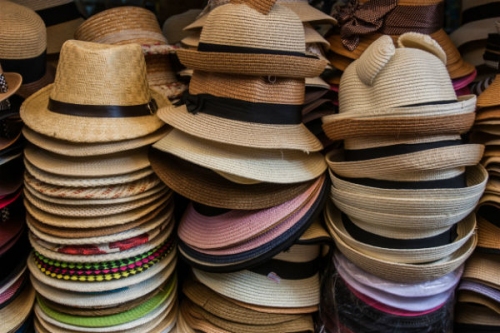