Walking With Giants returns in 2018

2018-01-03T17:47:31+00:00
On 14th January 2018 Robbie will once again offer a very personal Sherman Brothers Walking and Trolley tour of their home town, Beverly Hills,  On the tour, Robbie will share his perspective as the son and nephew, respectively of the legendary Disney songwriting team of Robert B. Sherman and Richard M. Sherman.
We catch up with Robbie Sherman as he announces the return of walking tour Walking With Giants in Beverley Hills, January 2018.

What is Walking With Giants?

Walking With Giants is a combination walking and trolley tour of Beverly Hills.  It was originally done in concord with the Disneyana Fan Club and was co-conceived really by Cathy Perone (of the DFC) and myself.  In a sentence, participants get to see some of the important places, up close, that were key in the Sherman Brothers’ lives and careers.  Since 1937 Beverly Hills has been home to some if not all of the Sherman Family.  It’s a very personal tour.

Now, its true that the Sherman Brothers weren't originally from Beverly Hills (or Los Angeles).  They were both born in New York in the 1920s and travelled quite a bit with their parents.  My Grandfather, Al Sherman, performed across the country in the early 1930s.  My dad was probably about 12 and my uncle, about 10 when they moved out to California.  In a way though, when they actually made the move, it would mark the first time they actually owned (as a family) their own home.  Beverly Hills became their adopted “home town” and because it wasn’t theirs from birth, it was that much more appreciated.  Up until the 1930s the Sherman family was constantly on the move, from New York to Florida and many other places.  Eventually they settled in Los Angeles in 1937.  After World War II, Bard College and getting married, the brothers would each, respectively, make their homes in Beverly Hills.  The tour also covers the history of Beverly Hills as a city, from its birth and demographic changes, which I think is extremely interesting in its own rite. 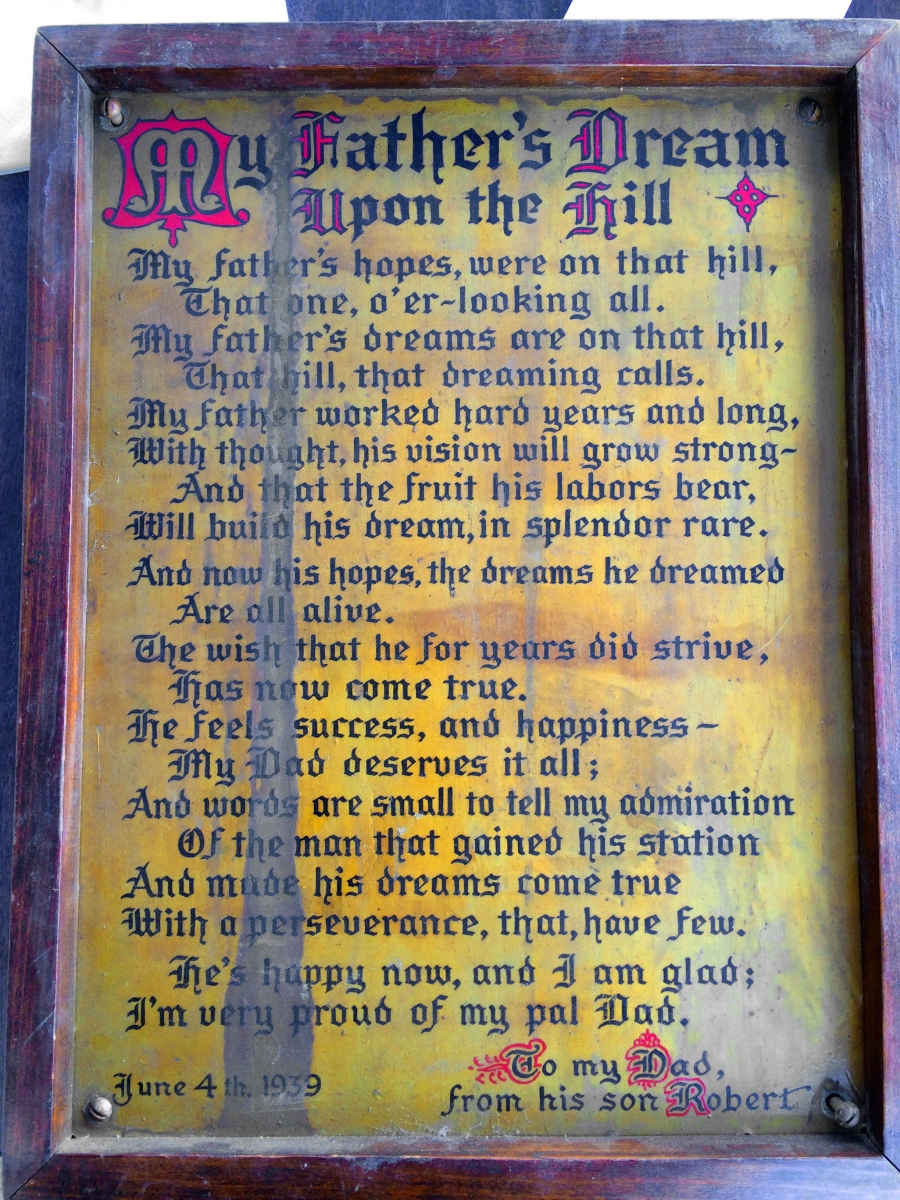 “My Dad, Robert B. Sherman wrote this poem commemorating my grandfather and grandmother’s purchase of their first wholly OWNED home, in south Beverly Hills.  My grandparents were so touched by this, they had this plaque made and posted on the side of the house.”

Where does the name WWG come from?

The name is derived from the first line of the song, "A Man Has Dreams" from Mary Poppins:
"A Man has Dreams of Walking With Giants ,To carve his niche in the edifice of time.” 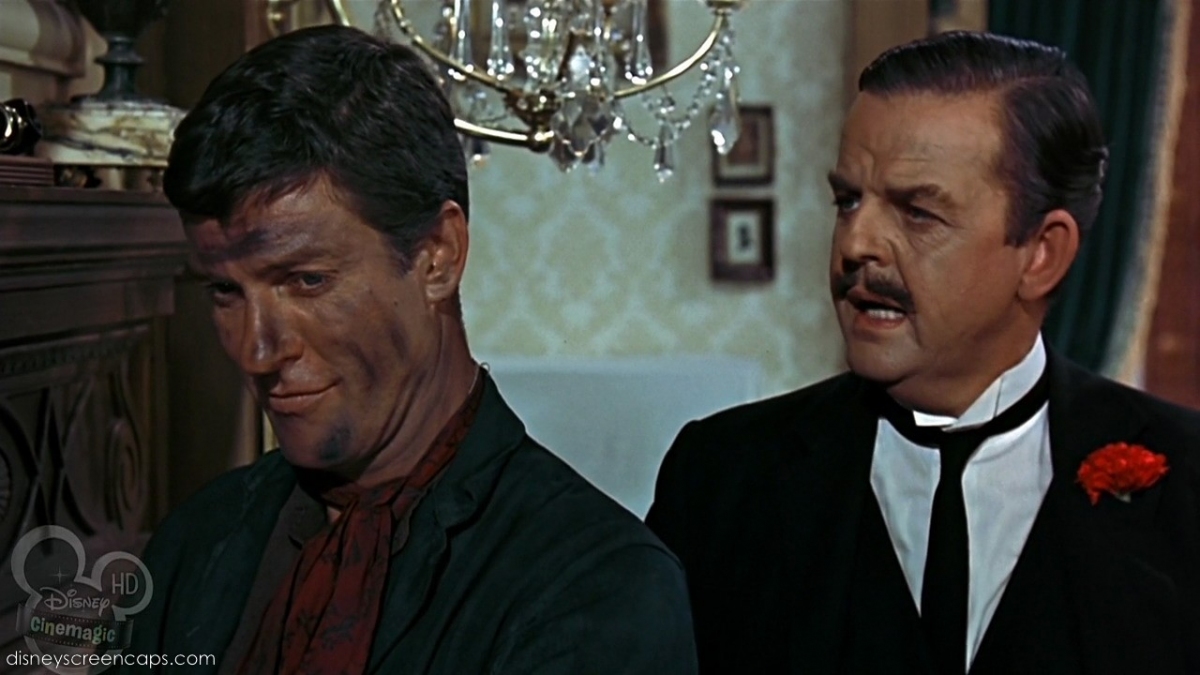 “Bert and Mr. Banks Converse” was the original name for the song which would eventually be called, “A Man Has Dreams”.

How long has the tour been going for?

2018 will mark our 5th year doing WWG tour.  It’s hard to believe, because it seems like yesterday when we first pulled the whole thing together.  I couldn’t have done it without Cathy Perrone, the Special Events coordinator of the DFC.  She greatly facilitates the event happening.  Our first walk was done in 2014.  Since then, we’ve also done installments of WWG both in Orlando and last year, in Florida.  Only the Beverly Hills version is an actual tour though.  In 2015 the walk just happened to take place on what would have been my father (Robert B. Sherman’s) 90th Birthday.  So we made a whole weekend out of it!  There are a limited amount of places available and the tours have always sold out very quickly!  This year we’re going back to basics.  We’re keeping it simple. It’s just easier and more intimate that way.  I know we could do these easily once a month, and for a hundred people.  But first of all, I don’t live in California anymore, so that becomes difficult.  Secondly, I like the “specialness” of doing these.  If there are too many people on the tour then it becomes a manic sheep herding.  A few enthusiastic people is the key.  Some older, some younger, some who appreciate the past - the years they themselves lived through - but I'm also doing it for the next generation, so that they’ll have an intimate and personal connection with my family’s history.  The 2015 weekend featured two theme dinners, a sing-a–long event, the tour itself of course and then a lunch.  That was like running a marathon – at least for me. 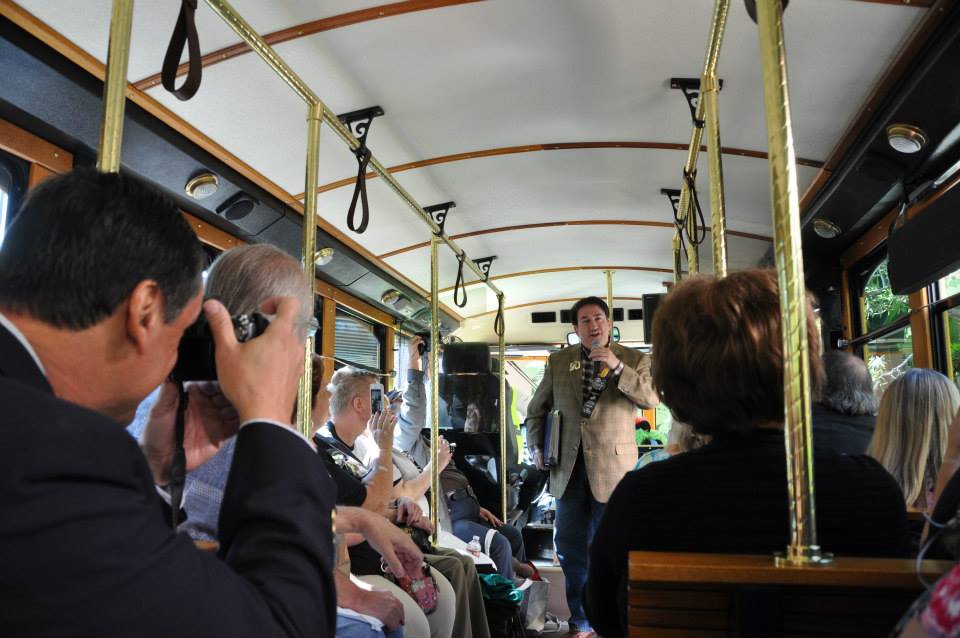 As I mentioned, I want to dial the tour back a bit.  Bring it back to its roots.  In my eyes 2014 is still the best tour we’ve done. However this year we are making a concerted effort to involve more 20-somethings on the tour.   There are going to be 13 people on the trolley who are between 20-25 years old.  They’ve been chosen specifically for their enthusiastic approach toward both music and Disney.  I hope some of them choose to join the Disneyana Fan Club as a result of the tour.
The purpose of the tour is to perpetuate the history of my family and to make it come alive for a new generation.  The tour has been so popular that many of the same people do it each year.  But ultimately if I’m leading the tour for the same people, year after year, then it deviates from its original purpose.  The point is to educate and engage more people.  That said, I love that we have our own niche fan club (of sorts).  And many of the folks who come year after year have become good friends. 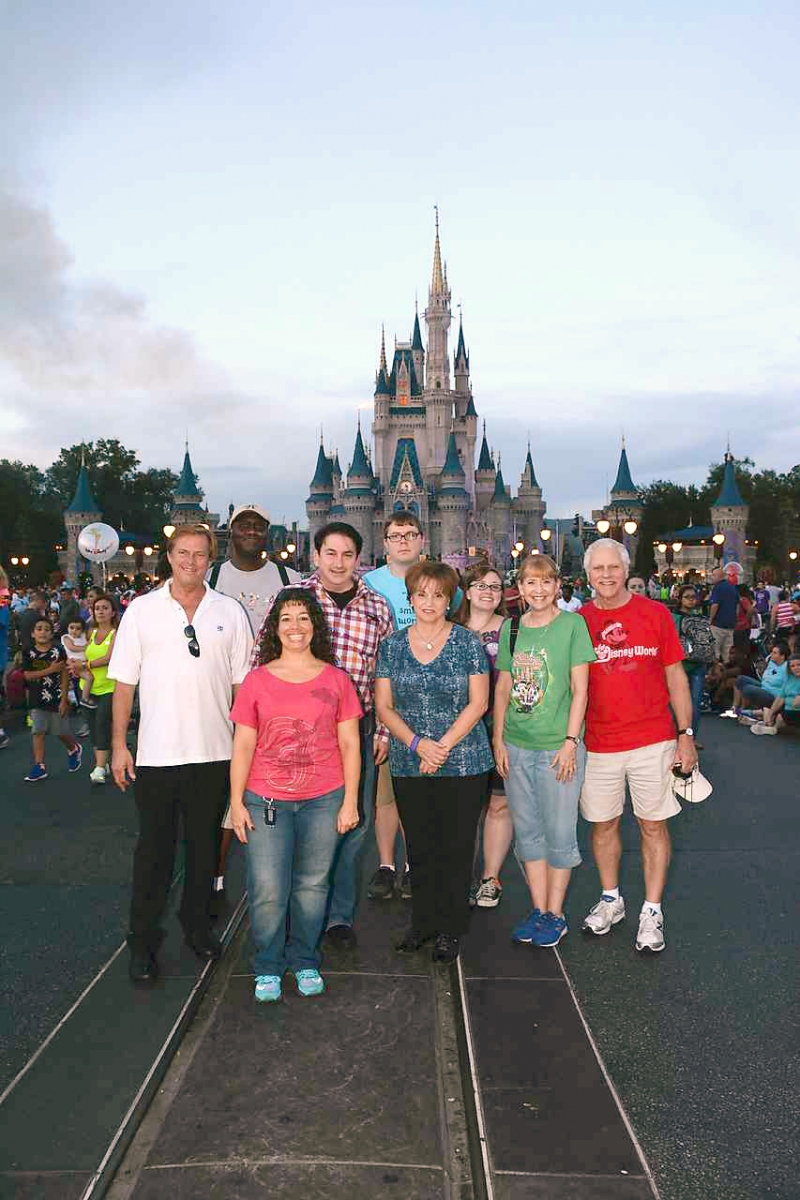 “After the Orlando Florida WWG event, a group from the DFC took Robbie around the park where he shared stories he’d heard from his father, about the opening of the theme park back in 1971."


Do you have the same devouted fans that come every year?

The tour is sponsored and organised by the Disneyana Fan Club (DFC) which is the oldest Disney enthusiast organisation in the world. Which you think makes it sound very very old, but it was only created in 1984. There weren't that many Disney fan clubs until the 70/80s and this is the oldest one that is still around.


You can read more about previous tours at www.RobbieSherman.com 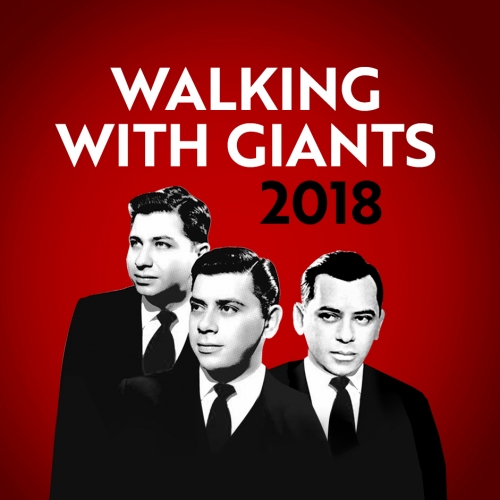