How did a childhood spent on the move influence the Sherman Brothers' songwriting? That's a subject that Robbie explores in this year's Walking With Giants event for the Disneyana Fan Club.

When I’ve led the Walking With Giants tour in the past, I’ve always framed the Sherman Family story around the chapter that begins in Beverly Hills in 1937.  Beverly Hills provides the perfect backdrop to that narrative.  But the phase of the Sherman Brothers’ lives that immediately preceded that period was also particularly formative to who the songwriters would eventually become – and what they would write.
Up until 1937, the Al Shermans were constantly on the move. New York to Florida to Los Angeles and three or four stops in between.  It was a peripatetic life.
My grandfather was a bandleader in addition to being a songwriter so he travelled a lot in the early 1930s. For my father and uncle, it was a little like growing up the child of someone in the military. School to school, apartment to apartment, they lived out of boxes a good deal of the time. They lived in at least two dozen houses or other lodgings during those years - that is, until they finally settled down in California.  And even then, moving around seemed to be the Shermans’ trademark.
The advantage to so much “flittering” was that my dad and uncle were exposed to the myriad regions of America:  cities, country towns, the northeast, the southeast, the southwest and everything and anything in-between.  Those years would prove invaluable to the Sherman Brothers’ songwriting flexibility too.
I believe that they understood intrinsically, that someone from America experienced a very different World War II from someone living in Britain i.e.: Consider that Over Here! and Bedknobs and Broomsticks – both taking place during WWII and both written by the same writers, only a few years apart - each featured a score sounding vastly different from the other.
But it’s even more subtle than that.  Consider the Sherman Brothers’ musicals that take place in different regions of America and how they take on vastly different qualities.  The sentimental New England style song “On the Front Porch” from Summer Magic seems to couple nicely with any of the songs from another SB musical, also featuring a New England backdrop – Charlotte’s Web.
Equally the Sherman Brothers possess an internal understanding and respect for the Old South in movie musicals such as: Tom Sawyer and Huckleberry Finn. It’s subtle, but somehow the songs from Charlotte’s Web are different from those found in the Tom Sawyer score (both films being released in 1973). As I said, I believe it comes down to the scores’ respective regional sensibilities.
No other songwriters wrote with such nuance.  The Sherman Brothers’ breadth of musical and lyrical expression is in no small part owed to their moving around so much as children.
Another thing that will be special about speaking at Disney World (rather than DisneyLAND) this year will be in examining the Sherman Brothers’ work for the EPCOT Center.  Some of their finest work was for the Kodak Pavilion at EPCOT.  The pavilion is called Journey into Imagination. They wrote all three original songs for the pavilion when it opened.
The EPCOT story (or perhaps I should say “stories”) hold/s a personally place for me too. As opposed to other major milestones in my dad’s and uncle’s careers, like the film release of Mary Poppins or The Jungle Book, I was actually around when EPCOT opened in 1982.  I was present during a lot of those recording sessions too!  What a tremendous privilege!  I remember those sessions well. Please read the next instalment of my blog in which I will elucidate.
I’ve included two songs from movies that take place in New England.  Note the similar sensibilities of the songs. 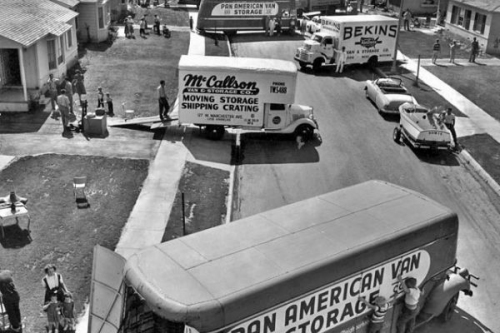