The Jungle Book and The Sherman Brothers: Part 1

2016-04-19T23:31:41+00:00
Nearly fifty years after the animated classic, Disney has launched a brand-new version feature film of Rudyard Kipling’s The Jungle Book. The soundtrack includes new versions of the Sherman Brothers’ songs “I Wanna Be Like You” and “Trust in Me”. To coincide with the new film’s release, Robbie Sherman reflects on those songs and the Sherman Brothers’ overall involvement with the 1967 original in this three-part blog series. This is part one…
When the Sherman Brothers (my father and uncle respectively: Bob and Dick) were first asked to write songs for The Jungle Book in 1964, it was at the personal request of Walt Disney. 1964 was a big year for Bob and Dick. It was the year that their most famous song, "It's A Small World (After All)" and their most successful movie, Mary Poppins were both, respectively, premiered to the world.

Disney was concerned that the dark tone of the original The Jungle Book song score (written by Terry Gilkyson) wouldn't be conducive to what audiences had come to expect from a Walt Disney film. The animators had already started animating one song from the Gilkyson score, though, and that is the only one which can still be heard in the film to this day, the Academy Award nominated: "Bare Necessities" sung primarily by the fun loving "Baloo" (the bear). It was also the one "bouncy" number in the Gilkyson score, so it made sense to keep it in.

The Sherman Brothers had a monumental task ahead of them. They had to take a series of grim scenarios and somehow find a way to "Disney-fy" them. Somehow they had to make the songs sound happy and funny, even though the story dealt with the dark topic of a feral boy's survival at the mercy of the often ruthless, cutthroat creatures of the jungle. What the Sherman Brothers came up with were five remarkable songs that both provide a happy (albeit sometimes haunting) tone. And yet, their songs delve far deeper into original Kipling text than anyone at the studio might have imagined possible.

"That's What Friends Are For" (not to be confused with the 1982 Elton John/Dionne Warwick hit song of the same title) was sung by four vultures who are following Mowgli (the man cub) waiting for him to die so that they can eat his festering flesh - if you're familiar with the story, you realize that the aforementioned scenario is neither hyperbole nor gruesome augmentation.

So how did the Sherman Brothers handle the situation? They wrote the vulture's song as a friendly barbershop quartet. So when the vultures sing, "Who plucks you up when you are down?" and then answer rhetorically, "That's What Friends Are For!" there is great fun to be found in the irony. Of course, genius animation and character design were also part of the mix and made for the perfect blend of sinister and sweet.

By the way, I included a rendition of "That's What Friends Are For" in A Spoonful of Sherman. You can listen to a selection of tracks and purchase the cast recording here.
Back to news 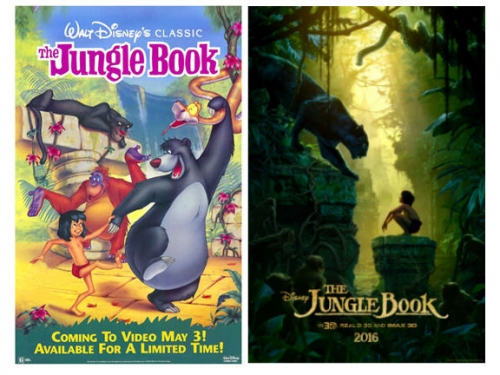