One Year On From Our Charity Gala Concert. Happy Anniversary Bumblescratch!

2017-09-04T12:22:26+00:00
We look back and celebrate Robbie Sherman's musical Bumblescratch a year on from performing at the Adelphi Theatre in London's West End.  Take a look at the trailer.
Bumblescratch, a new, sung-through musical comedy written by Robert J. Sherman, received its West End premiere in a gala concert presentation held in aid of Variety (The Children’s Charity) on Sunday 4 September 2016 at the Adelphi Theatre in London.


Bumblescratch is set in London during the Great Plague of 1665 and the Great Fire of 1666 and told from the perspective of a demented, lascivious plague rat named Melbourne Bumblescratch, who demonstrates his unique and twisted love affair with the ancient city through the telling of his marvelously gruesome tales.

Relive the magic by watching our trailer here.

The London Concert Cast Recording was released by SimG Records and is available through Amazon (UK), Amazon (USA) and iTunes. 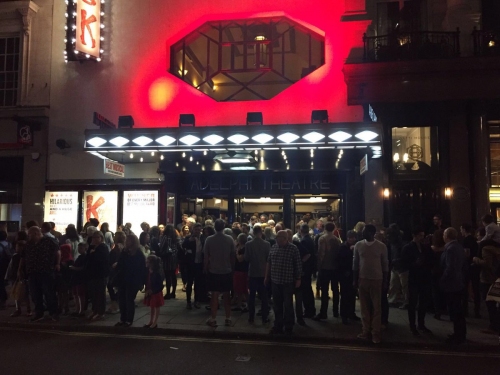