On the march: This year’s Disneyana excursion

Robbie is in Florida this week with the Disneyana Fan Club. He's got a busy schedule over the next few days, with the annual Walking With Giants event, "It's a Small World" talk, a marching band first and a return to EPCOT Center...

This week I am blogging from Walt Disney World in Orlando, Florida.  I will be appearing at a number of events organized by the Disneyana Fan Club (DFC).  It’s the final week or so before Christmas and Orlando is becoming particularly busy. As for me, I’ll be appearing at events on Saturday 17th, Sunday 18th and Monday 19th of December.
This is all part of my now annual Walking With Giants (WWG) weekend which we’ve done for three years running so far.  Usually WWG takes the form of a two-hour, guided, hop-on/hop-off Trolley Tour which I lead in Beverly Hills, California.  It’s both a “History of the City” tour as well as a “Sherman Family History”.  But this year, to shake things up, I’ve decided to give it a Florida twist.
In addition to our usual WWG events (lunches, dinners, lectures, walking tours, etc.), "Disneyana!", the official theme song that I wrote for the Fan Club last year, will be performed at Disney World by the Harnett Central High School Marching Band.  Spencer Hinson, the band’s director generously volunteered to do the orchestration.  After this performance, other bands will also be able to purchase the charts so they can perform it as well.  Of course, my greatest hope would be for the song to become a “standard” for bands.
Coincidentally, the performance will be taking place on what would have been my father’s 91st birthday – December 19th.
It’s a big event for me as it marks the first time "Disneyana!" will be performed at a Disney Theme Park, and indeed the first time that any song I’ve written, (a Second-Generation Sherman song), will be performed on Disney property.
I’m very proud of that. I’m also excited to see the marching band in action. Ever since I was about 10, I’ve loved marching bands.  One of my favourite NON-Sherman musicals having been The Music Man.  When I got to high school, I joined the marching band.  But as I didn’t play a traditional band instrument (my instruments were piano and guitar), the band director instructed me to play the Glockenspiel. By my Junior year (16 years old), I was playing Tuba.  Then, as a senior, I was elected Drum Major.  So it’s very much a “full circle” sort of thing for me to see a marching band perform one of my songs.  Lots of firsts with the “Disneyana!” song!
After the parade, I’ll take the band members and other DFC guests to the “It’s a Small World” ride in the park and tell the story about how Walt Disney gave my father and uncle the assignment to write the song. “It’s a Small World (after all)”.
When the song debuted at the 1964 World’s Fair in New York, no one would have guessed that it would go on to become the most translated and performed song in the world. The ride is a fixture in almost every Disney Theme Park, spanning the globe.  We’ll be visiting other Sherman Brothers’ landmarks as well while I’m here. 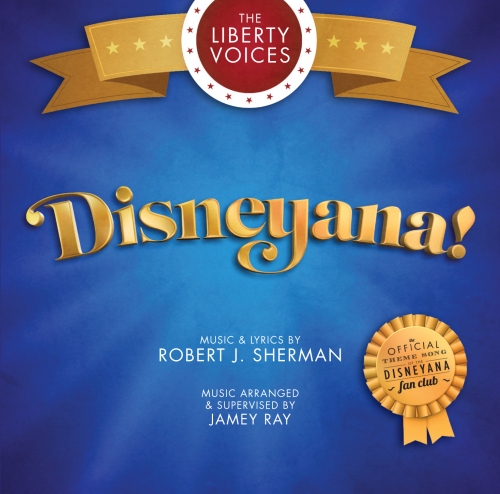