In this third in a series of blogs on the recently released BUMBLESCRATCH cast recording, Robbie gives thanks for the vocal dexterity of 13-year-old Ilan Galkoff, who played Perry the Plague Rat.

My voice is pleasant enough, I suppose.  But I certainly wouldn’t call it “great” though.  I do have a very wide vocal range however – probably three to four octaves in total. An easy mistake for a composer to make is in assuming that other singers can do the same things with their voices that you can do with yours.
It turns out that every voice is different and just because a singer may be professionally trained, and have a lovely sounding voice, it doesn’t mean that he will necessarily be able to perform the same vocal feats that another can. I’ve learned this lesson the hard way, having had to change melody lines on the fly when it turned out that a singer just couldn’t sing the gymnastic melody line that I’d written.  Indeed, many otherwise great singers don’t have particularly wide vocal ranges at all, or so I learned.
In BUMBLESCRATCH, Perry the Plague Rat has signature song called, “Adorable Me”.  The song features a melody line which I’d originally sketched out fairly early in my career.  It’s a particularly catchy and melodic line, if I do say so myself, but the problem was that it was “rangey”.
Fortunately, with this incarnation of BUMBLESCRATCH, we had the talented Ilan Galkoff playing the part of Perry, who sings “Adorable Me”. Thirteen-year-old Ilan has an unchanged boy soprano voice with a range that goes up to the stratosphere.
Because Ilan has such a wide vocal range it meant that I didn’t need to tamper with my melody line at all – all thanks to Ilan. I can’t tell you how pleased I am that the song which I love so much doesn’t have to have its range narrowed. Ilan has the voice of an angel and he sings that song and others beautifully on the CD.
BUMBLESCRATCH is available to order in physical format from www.SimGProductions.com now and available digitally in early 2017.
Back to news 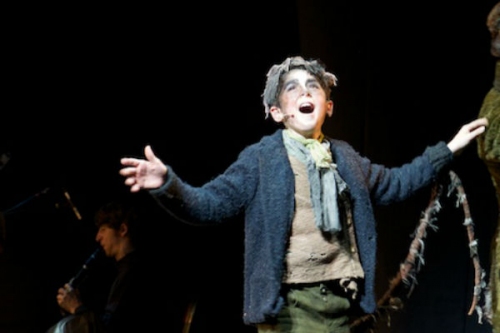