How has A Spoonful of Sherman evolved since its first outing?

A Spoonful of Sherman, which premiered in 2014, returns to the London stage in August – but it’ll look and sound different this time round. In the third in a series of show blogs, Robbie Sherman talks about changes to the 2017 presentation.

A Spoonful of Sherman has evolved in a number of ways since we first presented it in early 2014. Most importantly, the story itself has evolved - because the Sherman story goes on. It’s not, and should never be, just about the past. I know my father would have fully endorsed that.

In fact, he probably would have prohibited the show if it didn’t evolve. Dad hated looking back. When he was still alive, he turned down countless invitations to retrospectives – sure, he’d do it once in a while but you’d be lucky if you could get him to one Mary Poppins event a year. As the late screenwriter and close friend to my father, AJ Carothers said about him, “Bob Sherman was a romantic, but not a sentimentalist.”

So A Spoonful of Sherman is meant to be a show that evolves and grows. Since we did the first run more than three years ago, I’ve staged two of my own musicals, Love Birds and Bumblescratch, so this time I’ve included some songs from those. But also, with the Sherman Brothers’ catalogue, there’s always new things happening, including the live action version of The Jungle Book which was released last year and the new Mary Poppins film also coming in 2018.

You really do suffer an embarrassment of riches. There were some key omissions the first time around – because there simply wasn’t enough time. We didn’t get a chance to do anything from The Aristocats or Snoopy Come Home, for example, which we’ll redress this time. (Sadly, we still haven’t been able to fit in anything from the Sherman Brothers’ Over Here, which was the biggest grossing original Broadway show of 1974. Perhaps when we do the tour)

We’ve also incorporated some new stories related to the songs. There are so many interesting links. Maurice Chevalier (pictured) is a good example. Chevalier’s first big English hit was an Al Sherman song called, “Livin’ in the Sunlight, Lovin’ in the Moonlight” from the 1930 film The Big Pond. Forty years on, Chevalier actually came out of retirement to sing the Sherman Brothers’ title song from The Aristocats. This time we’ve made that Sherman bookending of Chevalier’s career a lynchpin to the piece.

The new venue has also necessitated some adjustments. Zedel is absolutely beautiful. It’s a listed, art deco style room that’s been kept exactly as it was in the 1930s. It’s a wonderful environment for a cabaret like this - but it’s small. Whereas before we performed for up to 120 people, Zedel has a maximum capacity of 80. And the stage is much smaller too.

As a result, we’ve had to reduce from four singers – two men and two women – to just one man and one woman. That puts a lot of pressure on the pair, but I’m delighted that we have two phenomenal performers who are up to the challenge. Helena Blackman and Daniel Boys are both seasoned performers, who musical lovers will know well from their myriad credits including Titanic and The Sound of Music (for Helena), Avenue Q, Ordinary Days and Spamalot (for Daniel). In auditions, it just happened that we saw Helena and Daniel back to back: it made us realise how perfect they’d be together. They’re well matched. I think they’re going to be terrific.

Our pianist this time is Christopher Hamilton, who will also be singing some songs. Our pianist in 2014 was Colin Billing.  He and I put the show together originally.  Colin was fantastic but having a larger cast meant that he didn’t have to sing and play.  In this incarnation, Christopher will.  No one can hide behind anyone else.  I’ll be narrating again and I’m even going to sing number too, my father and uncle’s, The River Song.

Altogether, it’s going to be a different flavoured show this time, much more intimate. And, if all goes well, we hope that the Zedel run will be a nice launch pad for a long future life for A Spoonful of Sherman. We’ve had interest to tour it in the UK and internationally and we’re working on that too.

There’s nothing more exciting than a show that’s in the process of being mounted. Often, the challenge is that you put on a show for a set run and, once that run is finished, all momentum plummets while you’re left waiting for something else to happen. It’s gratifying to be able to do it this way.

A Spoonful of Sherman runs 7-20 August 2017 at London’s Live at Zedel. Click here for tickets.
Back to news 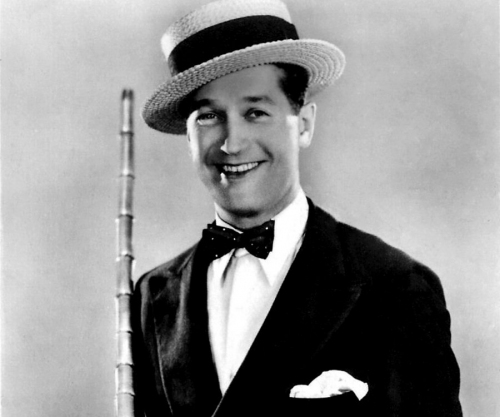